The cannabis plant has been popular for centuries. It has many properties and applications, including fiber, textile, food, medicinal, and recreational use. Merchants transported cannabis and marijuana to the rest of the world after domestication in Asia.

A growing body of research evidence shows that nomads, merchants, settlers, and slaves carried valuable knowledge about marijuana or cannabis. However, many civilizations throughout human history focused on and admired this plant for its medicinal properties.

Do you want to know the ancient and modern history of medical marijuana? Are you looking to learn about the medical uses of marijuana? Today's article will give you comprehensive, and evidence-based information on the origin/history and medical marijuana uses. Read on!

The History of Medical Marijuana

Asian countries, particularly China, are the origin of the cannabis plant and its varieties. People have been using cannabis as a domesticated plant for centuries. It has been cultivated and used to manufacture textiles, including ropes, fishing nets, and clothes.

Most people in ancient times used the cannabis plant to produce fiber for paper, but it also had recreational use due to its excellent psychoactive properties. Medical cannabis has an exciting history from ancient times to the present day.

Almost all civilizations, including the Greeks, Roman, Arabic, African, Indian, and Chinese, have cultivated and used cannabis for different purposes. Medical cannabis has left its marks for its efficient, reliable, and practical capacities.

Research shows that emperor Shen Nung instructed the Chinese people to practice agriculture and cultivate hemp in 2700 BC. The Xia dynasty focused on innovative agricultural techniques to grow hemp about 3000 years ago.

However, historians believe that Shen Nung was the father of herbal medicine and the patron of pharmacists in ancient China because he had substantial knowledge of plants and their medicinal properties.

According to the U.S National Library of Medicine, "Sen Nung Pen Tsao Ching" is an ancient text that documents the history of cannabis and traditional medicine or herbalism in China. It tells the history of all products prescribed and administered orally during the previous 2,000 years.

Origins of Medical Marijuana in India

Unlike China, Indians considered cannabis a source of happiness that improves feelings of freedom, autonomy, joy, and happiness. However, ancient Indians discovered marijuana's medical properties around 1,000 BC. So, it became an integral part of religious rituals and Ayurvedic medicine.

Ayurvedic medicine originated in India around 3,000 years ago. Indians made significant efforts to focus on plant-based medicinal properties. Many ancient Ayurvedic medicine texts and books dating back to 800 BC highlight the benefits of the cannabis plant.

During the Roman empire, people used cannabis to produce fiber to manufacture tarps and ropes and used flowers and seeds as food. Merchants from the Middle East and Eastern Europe introduced the cannabis plant to Romans during the early centuries.

Besides, Arabians use cannabis or marijuana as hemp oil to treat ear infections and skin diseases. However, they discovered that cannabis could reduce nausea/vomiting, manage pain and fever, and treat intestinal parasites.

People in the Arab region used cannabis for its psychoactive effects during the medieval era. However, the use of cannabis or marijuana declined during the middle ages in Europe because many people confused it with opium.

According to the Schedule-6-Foundation, Pope Innocent VIII encouraged people to stop using cannabis. Pope called cannabis "the profane sacrament of the satanic mass."

However, Europeans continued to cultivate cannabis and use the plant to manufacture fiber for ropes, moorings, and sails for boats. John Parkinson (1567-1650) was an English scholar and botanist who described the medicinal uses of cannabis in the middle ages.

Discovery of The Endocannabinoid System

Although scientists and researchers have identified and isolated over one hundred cannabinoids from cannabis, CBD and THC are the most significant. Although scientists isolated CBD from the cannabis plant in 1940, they learned about its structure and function in 1963.

Likewise, Mechoulam and Gaoni described the structure of THC, a psychoactive compound extracted from cannabis, in 1964. Scientists conducted numerous experiments to understand the endocannabinoid system in the early 90s.

After discovering the endocannabinoid system, scientists have studied the use of cannabis and marijuana and performed various experiments to test their pharmacological properties. Hundreds of medical studies and peer-reviewed meta-analyses support the medicinal use of marijuana.

Recent discoveries on medical marijuana allow scientists and researchers to study the plant and analyze its medicinal and pharmacological properties. It has convinced governments of numerous countries to develop policies and permissive laws regarding medical marijuana.

The interaction of medical marijuana with the endocannabinoid system and peer-reviewed studies validating its medicinal properties to strengthen the immune system, improve sleep, manage pain, boost memory/cognition, and treat acute and chronic health conditions have forced governments to legalize it.

For instance, the Canadian government approved marijuana for medical purposes in 199, and Israel legalized it in 2001, followed by the Netherlands in 2003 and Switzerland in 2011. The Czech Republic legalized medical marijuana in 2013, Australia and Germany in 2016, and Portugal in 2018.

Uses or Benefits of Medical Marijuana

Thirty-four states in America have laws that permit the use of medical marijuana. About 50% of the U.S population has access to medical marijuana, and about 2.6 million people use it for medical purposes to relieve discomfort and pain.

According to a JCI Insights research study, medical marijuana has CBD, an essential compound with excellent medicinal properties that can lower blood pressure levels. Not only does CBD in marijuana reduces resting blood pressure, but it also produces soothing effects on the central nervous system (CNS).

Inflammation in your body is the root cause of various disorders, such as asthma, arthritis, cancer, diabetes, blindness, atherosclerosis, stress, depression, anxiety, and autism spectrum disorders.

Mitigates the Risk of Addiction

Addiction to smoking, alcohol and substance abuse is a common problem in the United States. Religion, culture, family, and work are primary factors influencing a person's behavior, including alcohol consumption.

While you can find various ways to overcome addictive behavior, a 2018 research study highlights that CBD found in medical marijuana can help people overcome alcohol and drug addiction.

According to Mayo Clinic, major depressive disorders, including anxiety, can take a massive toll on your physical and mental health and increase the risk of insomnia, substance abuse, gastrointestinal problems, social isolation, migraines, food disorders, and suicidal tendencies.

Although you can use antidepressants, such as SSRIs, to treat your anxiety disorder, these medications can cause various side effects, such as dizziness, drowsiness, nausea, vomiting, and erectile dysfunction.

On the other hand, medical marijuana is a reliable way to cope with major depressive disorders, including generalized anxiety disorder and social anxiety. A recent study highlights that CBD in marijuana can treat anxiety, panic attacks, and obsessive-compulsive disorder (OCD).

According to CFAH, CBD can reduce the side effects of chemotherapy and prevent excessive cellular growth in people with cervical cancer. It also induces cell death to reduce tumor development.

Medical marijuana has excellent anti-cancer effects, preventing tumor development and growth and strengthening the immune system to fight carcinogenic substances. However, there is a need for more research to confirm the efficacy of medical marijuana in different population groups across the U.S.

Your gut health is directly proportional to your overall wellness. Frequent discomfort, bloating, gas, diarrhea, constipation, and heartburn are common signs that your stomach and GI tract experience problems processing food and eliminating waste from your body.

A 2020 research study states that non-psychoactive cannabinoids, such as CBD, can improve a person's digestive system and disorders related to the gastrointestinal tract.

Every person has a different reason or causes behind a disrupted circadian rhythm, leading to conditions like insomnia. For instance, too much screen time, tiredness, stress, reduced melatonin production, and socioeconomic situations can prevent a person from sleeping appropriately.

According to an article published on Healthline.com, the cannabinoid CBD found in medical marijuana interacts with specific receptors and improves the sleep-wake cycle while reducing insomnia symptoms.

A 2017 study highlights that medical cannabis or marijuana accelerates melatonin production by activating the brain's CB1 receptors. Remember, melatonin is a chemical or neurotransmitter that optimizes the circadian rhythm, improves your biological clock's function, and promotes a good night's sleep.

Autoimmune diseases and inflammation can affect your physical and mental health. For instance, multiple sclerosis causes intense discomfort and pain while affecting your cognitive abilities. Health professionals use medical marijuana or cannabinoids extracted from cannabis to treat inflammation and relieve pain.

The National Center for PTSD states that about 6% of people in the United States experience post-traumatic stress disorder at least once in their lives. Over 12 million American adults suffer from PTSD every year.

The U.S government has approved medical marijuana for PTSD treatments. Veterans are the most vulnerable population group in the U.S that experience severe PTSD symptoms. The good news is that cannabis products, including marijuana, can reduce symptoms like fear, anxiety, depression, and nightmares.

A 2009 research study highlights that medical marijuana contains essential cannabinoids that interact with the CNS system to reduce the symptoms of PTSD, including daytime flashbacks, night sweats, nightmares, and depressive episodes. It also improves sleep quality for people who have PTSD.

Genetics, environmental, hormonal, lifestyle, and changes in the central nervous system are the primary causes of Alzheimer's disease. Although the condition can affect people of all ages, it is more prevalent in older adults. The risk factors for Alzheimer's disease vary from person to person.

A 2014 research study states that THC is an excellent treatment option for people with Alzheimer's or relevant symptoms. For instance, a low dosage of medical marijuana with THC cannabinoid can slow the development of Alzheimer's disease and its symptoms.

Food is an integral part of your day-to-day life because it is the ultimate source of energy that allows your organs, tissues, and cells to function correctly. People with HIV, cancer, diabetes and other chronic conditions have reduced appetite, impacting the body's metabolic, homeostatic, and energy regulating enzymes.

Medicines used to treat these conditions can disrupt leptin levels in a person's body and reduce hunger. As a result, you will feel less interested in consuming food. A pilot study shows that medical marijuana can restore appetite by suppressing leptin levels. THC is the primary contributor to suppressing leptin.

Cannabis is an ancient plant and holds significant importance for researchers, health professionals, and scientists in the medical field. It has crossed human history and served as materials for textiles and medicine.

Numerous research studies have confirmed the efficiency and reliability of medical marijuana. THC and CBD are the primary cannabinoids with increased compatibility with the human endocannabinoid system, treating many health conditions.

The way forward is to perform thorough research on medical marijuana to further analyze and understand the benefits or risks. The primary purpose is to deepen the scientific knowledge about marijuana. 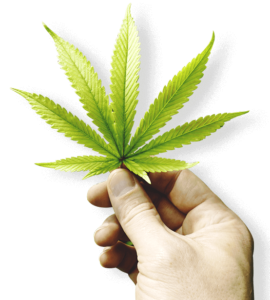