Whether you smoke marijuana or not, there’s a likely chance you’ve heard the phrase “420” before. But do you know why the phrase is associated with cannabis culture? Every year on April 20th (4/20), groups gather around the world to celebrate the plant and advocate for its legalization, all while firing up a joint with their pals. Also referring to the time 4:20, this phrase has a long history that dates all the way back to the 1970’s. In this article, we break down the history of 420. 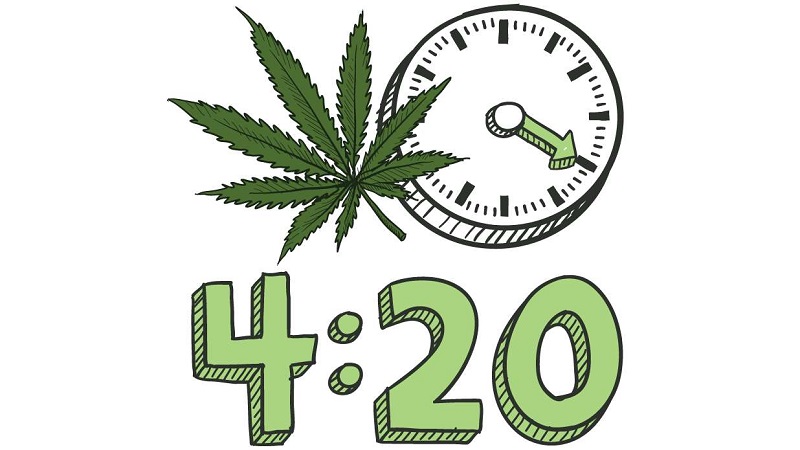 The origin of the term 420, celebrated around the world by pot smokers every April 20, has long been obscured by the clouded memories of the folks who made it a phenomenon. The Huffington Post chased the term back to its roots and was able to find it in a lost patch of cannabis in a Point Reyes, California forest. Just as interesting as its origin, it turns out, is how it spread.

April 2020 marks the only time this century when 420, cannabis culture’s favorite holiday, will last an entire month. While the origins of the term “420” are often debated, people around the world honor the number by using it to celebrate all things cannabis. Whether it’s smoking a joint at 4:20 pm or attending a cannabis festival on April 20th, 420 is now and forever will be associated with marijuana.

Back in 1971, a group of friends in Northern California, who called themselves the Waldos, would congregate around San Rafael High School’s statue of Louis Pasteur at 4:20 pm, every day, to smoke pot. One day another friend showed up at the statue with a treasure map to his brother’s secret pot patch, which supposedly grew somewhere on Point Reyes Peninsula. The Waldos decided to meet after school and drive to Point Reyes, but since school got out at 3:10 pm, and some of the Waldos had after-school activities lasting an hour, they chose to meet at precisely 4:20 pm at the Louis Pasteur statue.

On the day of the treasure hunt, the Waldos continued to remind one another about the meeting throughout the day by saluting each other in the halls and saying “420 Louie.” After school, they would try to find the patch. It eluded them, but after tossing around the phrase 420 all day, the number permanently entered their lexicon, and they began using it in everyday speech to covertly discuss getting high without tipping off parents or teachers.

But at the time, 420 was still relegated to a small group of people in a single location. It took, of all things, The Grateful Dead to broadcast it to the world. The Waldo’s were big fans of the band, and a few years after their first 420 meeting at the Pasteur statue, one of the Waldo’s managed to get a job as a roadie for Grateful Dead bassist. The expression caught on in the Deadhead community and word spread until December 28, 1990, when a group of Oakland Deadheads distributed flyers inviting people to smoke “420” on April 20 at 4:20 pm. And there you have it. What began as five teenagers with a pot treasure map has blossomed into an international celebration of and a rallying cry for legalization.

If you or someone you know is interested in getting a medical marijuana card authorized by a licensed medical marijuana doctor in Florida, please contact All Natural MD https://floridasmedicalmarijuana.com/ (800) 250-6737 to find a clinic location near you and see if you meet the qualifying conditions today. We have medical marijuana doctor offices in locations throughout the State of Florida to assist you. For exiting card holders you can take advantage of our telehealth services while available.